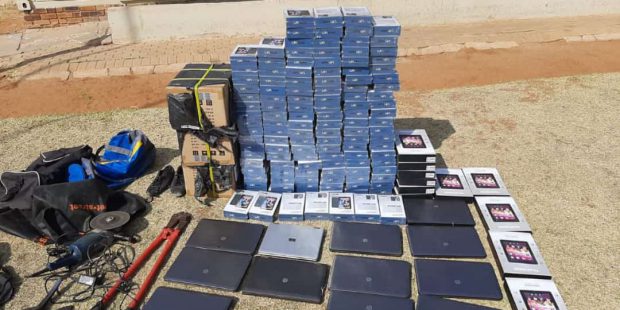 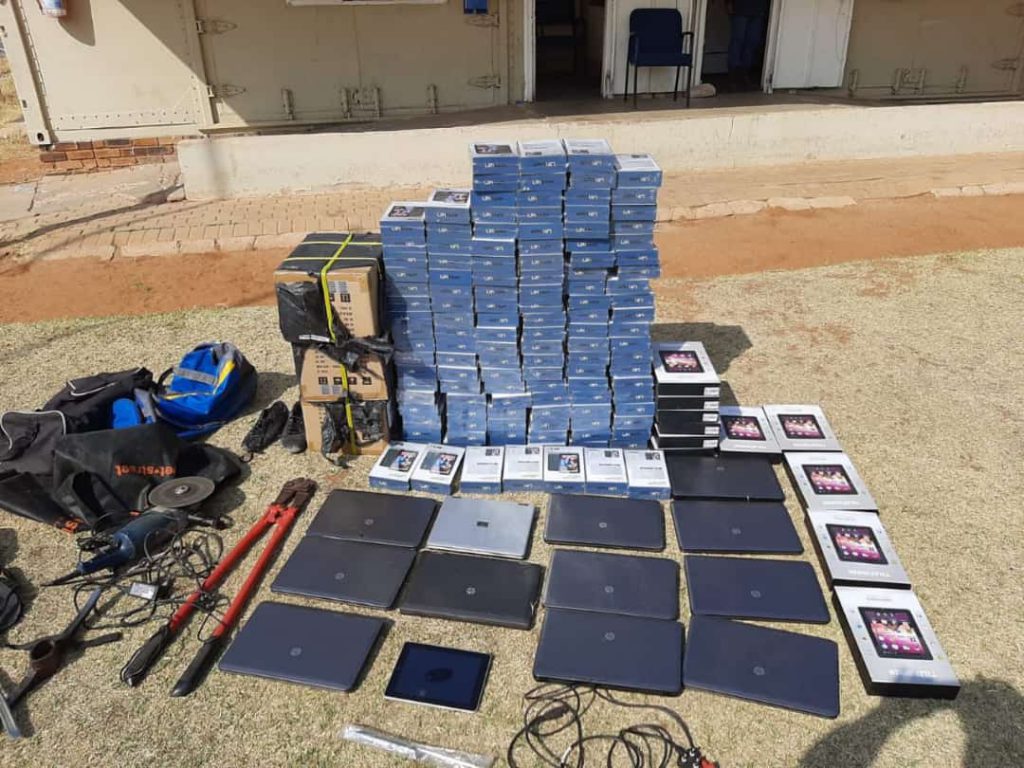 The North West Department of Education MEC, Mmaphefo Matsemela is pleased with the retrival of stilwn goods and arrest thereof of two suspects who allegedly broke and stole school items at Mmoledi Secondary School, in Phitsane Village near Mafikeng in the early hours of Thursday morning, 27 August 2020.

The suspects were found in possession of school items that were allegedly stolen which includes,16 laptops, 150 tablets, 1 projector, 2 sets of netball kit, 3 sets of soccer kit and 2 sets of volleyball kit and damaged office doors.

It is reported that the suspects teared down the school fence in order to gain access into the school and broke into the laboratory and the roof of the staff room, wherein they used the grinder to open the school strong room.

The departmental political head, MEC Mmaphefo Matsemela congratulated the police for the swift apprehension of the school burglary suspects and getting back school assets.

“On behalf of the department let me take this time to thank our South African Police Service for the sterling work of apprehending these suspects with our goods. It is really disappointing for adults to be involved in destroying the future of our learners. I want justice to be done to the fullest and those responsible for this should be sentenced to jail for a long time. Such incidents are a drawback and are planned to disadvantage the future of the African child during the era of the Fourth Industrial Revolution. I want to send out a very strong message to all those who continue to vandalise our schools, to desist from this act of criminality because the wheels of the law will deal with them harshly”, said MEC Matsemela.

A case of burglary against the suspects remains opened with the Makgobistad local police.