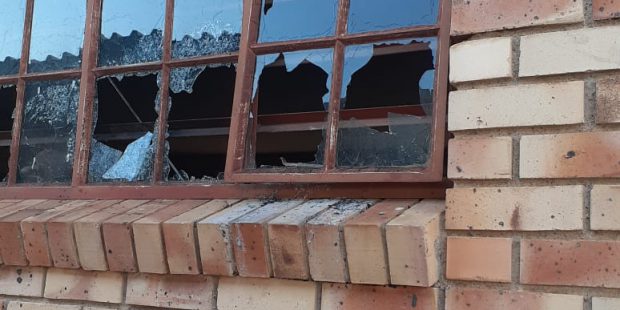 Although the cause for the torching of school property is not yet established, it is noted that an office at Manamakgotha Secondary a structure used for assembly together with 200 chairs, five desks, staff room, five classrooms and administration office were partially burnt. At Raphurele Secondary in Welgevaal village, attempt was made to burn classrooms, in Moruleng, two classrooms’ qdoors were partially burnt and at Dikwepi Primary School two classrooms were completely torched while and one was partly burnt.

A police case is opened with no arrests as yet and the cost of damaged is being evaluated.

MEC Mmaphefo Matsemela condemns this with the strongest terms as it is set pack for learners and the education system at large. She says those who burnt the schools are savagely cruel.

“On Friday morning I woke up news that four schools on Thursday night. We strongly condemn this and those who did this are savagely cruel to their community. This barbaric custom of burning schools should come to an end. We cannot over emphasize how grave a setback this is to the already compromised academic year.
As a department we plead with the community to work with the police in exposing these criminals and they should be found”, said Matsemela.

The education sector is preparing to have learners seated for their year-end examinations 19 days from now on the 05 November 2020.

We plead with the communities to give learners a chance to conclude the academic year peacefully.